Bollywood diva Malaika Arora, who is currently seen judging dance reality show India’s Best Dancer 2 along with Geeta Kapur and Terence Lewis, will turn a year older on October 23. Just a few hours before she rings in her 48th birthday, the diva was spotted in the city, at Khar, exiting a salon. She wore a maroon bra which she teamed with a jacket and loose bottoms of the same color. 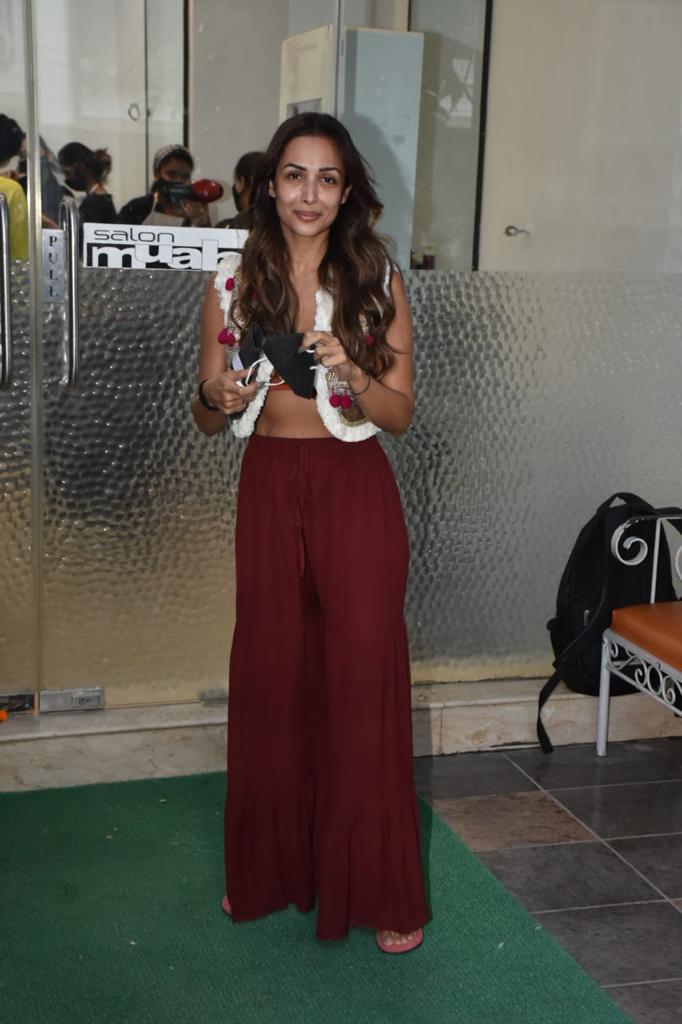 After her salon visit, she wore a stunning white top and skirt and reached her boyfriend, actor Arjun Kapoor’s residence in Juhu. She waved as the photographers before entering the building. Seems like Malaika will be ringing in her special day with Arjun. Malaika and Arjun are the most talked-about couple of B-Town. The couple often creates a buzz on social media with their mushy pictures. After much speculation and rumours, they finally confirmed their relationship in 2019. Malaika was earlier married to actor Arbaaz Khan from 1998 to 2016 and have a son together, Arhaan.

Actor misses son Kavish, promises to protect him from all evil » India A2Z